So, here's scene number three of my lovely story! I'm a little bit embarrassed at the quality of the writing. I'd like to think I've progressed since I've written this and all... 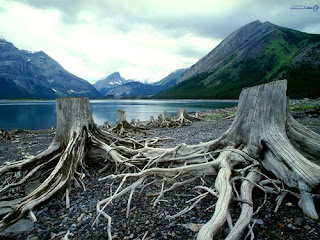 Hours later, Anita, Ethan and Theo sat around the table having tea. No one spoke as Theo reached for a cookie, her hand shaking. She quickly drew it back to her chest and cleared her throat.

“I’m sorry,” she said finally, her voice shaking like her hand. “I thought I would be more help–That’s never happened before!”

Anita swallowed a mouthful of tea and attempted a smile. “It’s not your fault. Besides we do have a lead, Obsidian.”

“Yes I know.” Angrily, Theo rubbed her hands together. “I should have guessed though! Obsidian is the stone of legend and–” she broke off.

Ethan rested a hand on Theo’s shoulder. “No worries mum, you have more done than you thought.” Both females stared at him and he went on. “In all of Acacia, only one mountain range harbours obsidian stone. As well, the obsidian capital is all but 2 hours gallop from here. We can be on our way at once.”

Silence once more filled the air as Anita absorbed his words. Her chair scraped against the floor and before Ethan could call out, the front door was creaking shut. He smiled apologetically at Theo. “Well good-bye I guess. We’ll see you… when we see you!”

Theo returned the smile and raised her glass. “Safe journeys.”

~*~
Anita pushed her horse onwards at a gallop as Ethan pulled up the rear. Once more they were heading north on the ever rising terrain through the mountains. Fifteen minutes from Kinstai, the obsidian capital, the entered into a valley and stopped. A lake separated the two ends of the valley but that is not what caught them off guard. The forest that should have stood between them and Kinstai was gone and all that was left were dried stumps. On top of that, the noise had stopped.

“Something’s not right,” muttered Anita. From behind, the sound of metal on metal made her turn her head. Ethan had his swords drawn, a grim expression on his face.

Stones shifted on her right and instantly, without a thought, Anita let a dagger fly, two more quickly filling her hands as she slid off her mount. A cry from a man signalled her hit and the attack.

Bandits emerged from holes in the rock bed and from the shadows of larger stumps. Anita and Ethan were surrounded.

Ethan dismounted and threw his reigns to Anita. “I suggest you leave before you are hurt,” he threatened as Anita tied the two horses together. She now had two daggers in each hand.

On bandit, fat and short with a black beard laughed. “It is yeh who’ll be hurtin’,” he spoke with a thick accent. Weapons appeared from the folds of their clothes as they advanced.

“Ethan, you take those three and I’ll take these two?”

“Sure, first one done gets dibs on supper!”

Anita grinned. “Well, I say we’ll be having spaghetti tonight!” Another dagger whistled through the air slicing a long slash on a thin man’s cheek and cutting his ear in half. He screamed in pain and made to come at her with a short sword but a dagger appeared in his chest and he fell down.

She dared a glance back and saw another body covered in blood. A hand flew to cover her mouth and to prevent her breakfast from returning as a chubby man dodged her latest dagger.

He threw his own at her face but Anita turned on the spot, sweeping her left hand up to grasp the small hilt as it flew above her head.

The man paled. A swish and then a clunk sounded when the two daggers made contact with his body. Anita turned her thoughts on spaghetti with meat balls and tomatoes. Ethan clapped at her performance, his foot on the three bandits’ blades. “I think you’ll find we’re having chicken tonight,” he said. The smiled on his face faded as he turned to see an arrow sprouting from his left shoulder. Face contorted with pain he staggered forward.

Movement caught Anita’s eye and she looked to the right. Five bandits were fleeing for the tree line, one glancing back over his shoulder, a bow in one hand. Fury coursed through her veins but she held back from the chase. Ethan was her concern.

“Ethan! Grab onto the horse and I’ll get you up,” she cried bringing his horse forward. With a bit of effort he sagged into the saddle, blood gushing from his shoulder. After typing a lead between the mounts, Anita mounted and headed for the town as fast as she dared.

Ethan was her best friend beside Runil and Sally. She had met him two years ago after she and Runil had fled the burning remains of Runil’s father’s mansion. On the road they had been cornered by slave drivers who attempted to capture them and sell them to trolls. Ethan had come out of the woods and together, they managed to escape.

Anita wiped a tear from her eye. She remember some of the first words he had said to her.

“Now miss, what is a pretty little thing like you doing so far from home?” he had asked.

“Me? Pretty, you flatter me sir, but I’m afraid I ain’t got no home,” she said as a slave to her superior.

He had laughed, she remembered and she missed that laughter now. It was true she wasn’t pretty, but Runil and Ethan always said that she could make an ogre smile by telling a joke.

“Hang in there Ethan,” she murmured as she approached the town, growing larger in the distance.
at January 07, 2010 No comments: