I wonder how many worms die on a Golf Course...

For most of you, this thought has probably never crossed your mind.  I'd be a little surprised if it had.  The fact that the thought crossed my own mind was in itself surprising. 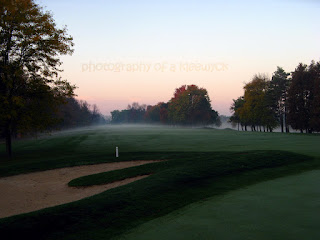 I have never really wondered about the life of a worm.  On rainy days in elementary school, I was one of those kids that would pick the worms up from the black top and move them to other "more safe" locations.  I didn't always move them because I cared but simply because they felt kind of cool (and most other girls gave grossed out reactions).  I've also gone fishing and have personally pierced through a single worm 2-3 times, in order to secure my bait, without giving it much thought.

But, as I was mowing my five greens one rainy morning, I took note of all the worms that had taken refuge on the driveway short grass.  All they wanted was a place above their flooded homes, and yet they had the misfortune of being out while I was walking my mower.  If I were to move every single worm from the surface, each hole would take an extra 20 minutes at least and I don't have time for that.  So instead, I mow away.

I never thought about worms that way, but now when I see a golf course I won't be able to stop myself from thinking, "Some worms died on a rainy day here... rest in peace..."